Peters recognized for his leadership qualities and dedication to his work.

C&L Aviation Services, a C&L Aviation Group company, is pleased to announce that Sean Peters has been named one of AMT Magazine’s “40 Under 40 Aircraft Maintenance Professionals,” a yearly designation for the Next Gen Award, which recognizes 40 of the most standout individuals in the next generation of technicians. Peter’s commitment to advancement, leadership qualities, and dedication to his work are among the reasons that he was selected for this award.

“Sean joined C&L in 2016 and is an up-and-coming leader who has mentored many of our new technicians,” said C&L Director of Maintenance Phil Miholovich. “We saw a need to provide new employees with someone they could look to as they began learning our processes; Sean excelled in this position.”

Soon after starting at C&L, Peters became involved with the development of an STC for an aircraft interior retrofit. As the Project manager, Peters worked directly with the DOM and the customer for successful completion of this STC.

“Quite frankly he was a key player in making this project a success,” Miholovich said. ‘He was instrumental in handling customer’s needs, budgeting, billing, project planning and timelines, procurement of required parts, direct involvement with engineering and more.”

AMT’s Next Gen award began in 2015 in order to highlight up-and-coming individuals in the field. Winners come from the various segments of the industry that the magazine is known for covering: military aviation, business aviation, MRO, rotorcraft, general aviation, and airlines. The 2019 winners are featured in the November/December issue. 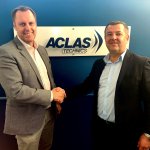 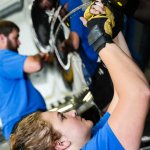 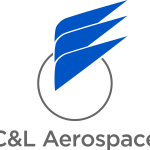 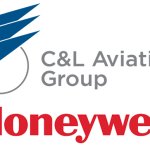