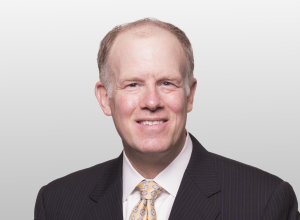 Chapman has more than 25 years of experience in management and leadership positions in the aviation industry. Collectively, he has sold and participated in over $1-billion-worth of aircraft transactions involving global corporations, private companies and government agencies representing more than 20 countries.

“I am delighted to join the highly experienced team at C&L Aerospace,” said Chapman. “Customers always benefit from a ‘one-stop-shop’ when the plan is properly executed, and C&L has all of the ingredients in place to make this work.”

At Gulfstream, Chapman was involved with everything from new aircraft sales to directing the company’s cabin interior design for the GIV-SP and GV programs. He also successfully led a program to reduce the completion cycle time and served on the company’s M&A executive team. He was twice named annual sales leader for new aircraft.

Chapman also worked with charter company XOJET to establish their brand and products. He is a regular speaker at the U.S. Corporate Aviation Summit on fractional aircraft ownership and the jet card industry.

In his most recent role, Chapman served as Vice President at Northstar Group, a leading retained executive search firm specializing in senior level positions in the aviation industry.

Chapman will be based at C&L’s headquarters in Bangor, Maine.